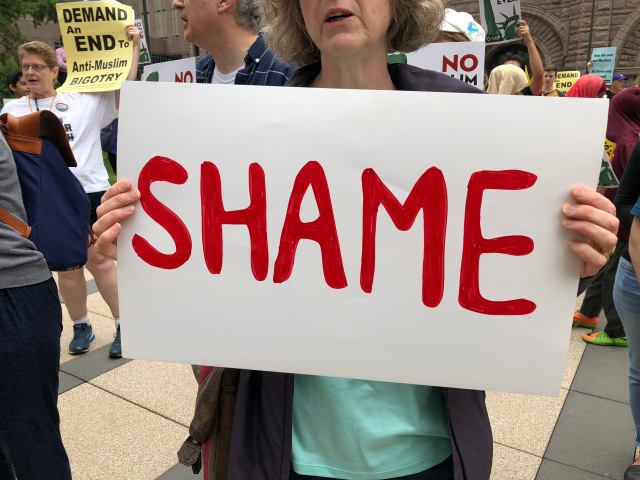 One hundred and thirty-eight people have been killed after being deported from the United States to El Salvador since 2013. The United States sent them back to the country they fled. Then they were killed. Human Rights Watch reported on these 138 deaths:

“We found these cases by combing through press accounts and court files, and by interviewing surviving family members, community members, and officials. There is no official tally, however, and our research suggests that the number of those killed is likely greater.

“Though much harder to identify because they are almost never reported by the press or to authorities, we also identified or investigated over 70 instances in which deportees were subjected to sexual violence, torture, and other harm, usually at the hands of gangs, or who went missing following their return.

“In many of these more than 200 cases, we found a clear link between the killing or harm to the deportee upon return and the reasons they had fled El Salvador in the first place.”

“Pablo has spent his entire young adulthood in search of safety, peace, and a place where he can be open about his sexual orientation. He left El Salvador because his life was in danger, and he knew Guatemala and Mexico were similarly dangerous for him as a gay man, said Keren Zwick, litigation director at the NIJC.”

Pablo came to the United States seeking asylum. People apply for asylum because they fear persecution or death in their home countries. International law says that refugees or asylum seekers may not be returned to a country where they will be in danger. U.S. law says the same.

The Trump administration wants to end asylum. In every possible way, it is denying asylum, deporting asylum seekers, and sending them back to danger. A metering system that prevented people from even asking for asylum was not enough. Forcing tens of thousands of asylum seekers to wait in Mexico while their cases proceed through a backlogged U.S. immigration court system was not enough. Now the Trump administration is sending away asylum seekers without hearing their cases.

By the tens of thousands, people flee El Salvador, Guatemala, and Honduras. Because of the prohibition on sending asylum seekers back to the country they fled, the Trump administration sends them back to a neighboring country. Already, hundreds of Hondurans and Salvadorans have been sent to Guatemala. The administration will begin sending Guatemalan asylum seekers to Honduras later this month, and is trying to reach an agreement with El Salvador, even as the Salvadoran president takes military troops to occupy that country’s Congress.

Because Pablo had fled El Salvador, he could not be returned there. Instead, the U.S. government put him on a plane and sent him to Guatemala. Pablo knew he was not safe there. BuzzFeed News reports:

“Even the US government’s own training materials for officers detail the perils people face in Guatemala, including gangs, violence, and killings with “high levels of impunity.” The guide, which was obtained by BuzzFeed News, relies primarily on public sources: academic publications, news reports, and research from Human Rights Watch and other organizations.

“One section of the resource guide links to a 2012 report by the International Gay and Lesbian Human Rights Commission, which states that LGBTQ people in Guatemala suffer ‘cruel, inhuman and degrading treatment, including a constant threat of violence that amounts to torture, forced disappearances, sexual violence in detention centres and non-consensual medical testing.’”

U.S. immigration officials say Pablo and other asylum seekers chose to go to Guatemala. The asylum seekers and their attorneys say that is not true. The only choice they are given is between being deported back to the country they fled or to Guatemala.

Pablo fled Guatemala. He is now one of the plaintiffs in a class action lawsuit challenging the so-called “safe third country” agreements with Guatemala, Honduras, and El Salvador. The lawsuit says that the Trump administration is trying to “simply turn away asylum seekers and pass the buck to other countries, regardless of what happens to individuals.” Pablo and others are being represented by the American Civil Liberties Union, National Immigrant Justice Center, Center for Gender & Refugee Studies, and Human Rights First.