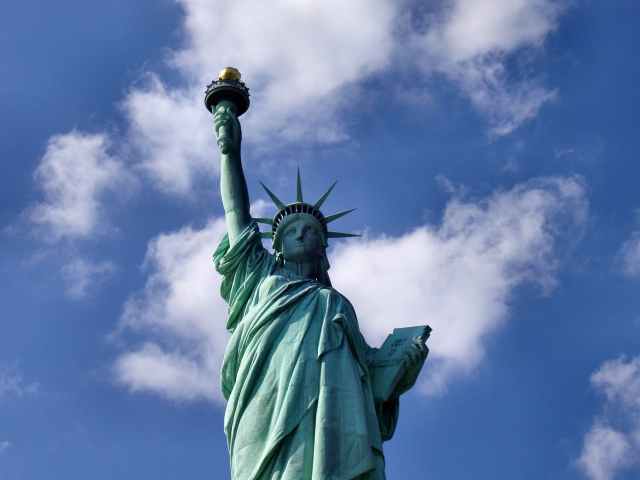 Bad news about immigration can crowd out the good news stories of people who have immigrated here, made lives for themselves and their families, and contribute every day to their communities. Their stories show what we as a nation stand to gain from immigration—and what we lose when the gates swing shut. Here are seven good news and bad news stories.

From scientists and engineers to chefs and farmers, immigrants find places to thrive.

“It was pitch-black in the early morning after the Washington region’s first snowfall, when the Nigerian farmer went to check on his crops. Olaniyi Balogun pushed open the fence, took two steps, then stamped his boot against the soil. He bent over the rows of kale and gently touched the underside of a palm-sized, sprouting leaf….
“’These farmers, their heart and soul are in the land,’ said Caroline Taylor, a Maryland farmer and the head of the nonprofit Montgomery Countryside Alliance. ‘It’s something people miss.’”

Mohammed’s story is one of many stories of students, especially Iranian students, who have been expelled from the United States after months, even years of vetting. Some—like Mohammad—have already spent years living and studying in the United States and are expelled after returning from short trips abroad.

“Mohammad, 30, was studying at Northeastern University. He was turned away at Boston’s Logan International Airport on Oct. 6.

“The officer was friendly, even cajoling at first. Mohammad felt confident. He had been studying at Northeastern University since April of 2019, and had crossed back and forth between Canada and the United States several times.

“This particular trip was an academic one. A paper Mohammad had written during his coursework in numerical electromagnetics had been chosen for presentation at a conference in Paris. But when he arrived at Logan airport that day in October, the officer became aggressive, he said. He started yelling.

“After Mohammad was told that his visa was going to be revoked, the officers took a picture of him, for their records. Then, he says, they laughed. ‘I looked as despondent in the photo as I felt and they found it very funny. I felt demeaned and humiliated,’ he said.

“Flight attendants on the trip back held onto his cellphone and travel documents and refused to give them to him until he reached Paris. When he arrived, he said, he sat in the airport crying for hours, unsure of what to do.”

Ray Rodriguez was a professor in Cuba, and continued teaching while waiting in Mexico for months for an opportunity to plead his case for asylum in a U.S. immigration hearing.  His commitment to teaching, wherever and whenever, are the good news in this story.

“Ray Rodriguez is reading a book in Spanish to dozens of children who are gathered around him listening intently.

“The kids are sitting on the floor and leaning on each other.

“’Samuel fell to the floor,’ Rodriguez reads from the book with a dramatic voice. ‘One of the branches from the trees entered through the window and grabbed him by one of his legs!’

“The kids gasp and he continues reading….

“Rodriguez and his students have waited at the U.S.-Mexico border for months. They’re all asylum seekers forced to remain in Mexico as their immigration court cases unfold in the U.S. under the Trump administration’s Remain in Mexico policy, formally known as the Migrant Protection Protocols. Before MPP, migrants were able to wait in the U.S. for their hearings.”

The first immigration ban was the 2017 Muslim ban, which barred people from . Last week, the Trump administration extended the ban to bar all immigrants from Eritrea, Kyrgyzstan, Myanmar, and Nigeria.

“Mika Moses moved to Minnesota from Nigeria nine years ago to join his mother and siblings, who were allowed entry after the family was attacked in religious riots in their northern city of Kaduna in 1991. His wife, Juliet, and their daughter were planning to join him, but are stuck in Kaduna, where Ms. Moses sells soda in a small store.

“She said they were heartbroken by the news that the move would now be impossible….

“Patrick Maboko came to the Texas Panhandle from the Democratic Republic of Congo 10 years ago as a refugee. He still speaks Swahili, but often makes his way around town these days in boots and a cowboy hat.

“During the day, he operates a saw at the Tyson meat-processing plant in Amarillo. On weekends, he takes his family downtown to cheer the minor league Amarillo Sod Poodles. Mr. Maboko, 45, never thought he would feel at home in a place like the Panhandle, where cattle outnumber people by a significant margin in some counties.

“But Amarillo, a city whose residents at first raised questions about welcoming so many foreigners, has seen thousands of refugees like Mr. Maboko arrive over the years, from Myanmar, Iraq, Afghanistan, Somalia and elsewhere. Sixty languages are spoken in Amarillo’s schools.

Police need crime victims to cooperate in investigations and testify in court. That’s why Congress created the U visa program, to give protection to undocumented crime victims so that they will not be afraid to report crimes and assist police. That did not help Mayen.

“There is no question that Mayen was prima facie eligible for the U visa; a law enforcement certification supported his eligibility, attesting to his helpfulness in investigating or prosecuting a criminal offense. Moreover, the application’s approval would have saved Mayen from deportation and resulted in a grant of lawful status in the United States and eventual permanent residence. Instead of continuing to allow the U visa to be adjudicated and perhaps ultimately terminating proceedings when Mayen received a green card, the judge ordered his removal….

“It is unclear how this make any sense. Mayen had lived in the United States for more than 23 years and was eligible to receive lawful status—and eventually permanent residence—as a result of his cooperation with law enforcement. But rather than facilitate this remedy and bring him into compliance with the law—both as a reward to him for engaging helpfully with law enforcement and as an enticement for other undocumented immigrants to do the same—our immigration enforcement apparatus dealt him the most severe penalty possible: deportation. “

The regulation that penalize immigrants for using public benefits also imposes a number of other tests, which will keep out many family members of U.S. citizens and legal permanent residents. If this test had been applied years ago, it would have kept out Trump’s grandpa.

“How Trump’s new immigration policy—dubbed a “wealth test” by critics —will be implemented is still murky. But immigration agents would be tasked with analyzing an immigrant’s educational level, English proficiency, finances and other factors to deem whether they should be eligible for permanent residency….

“‘If Grandpa Trump were to enter today it is far more likely that he would be deemed ‘likely to become a public charge’ or refused entry now versus then,’ Jesse Bless, director of federal litigation at the American Immigration Lawyers Association (AILA), told Newsweek. He noted that the new rules are ‘weighing ‘negative factors’ more heavily.’…

“Friederich Trump came to New York from Germany in 1885 as an unaccompanied 16-year-old with only a suitcase of clothes, according to author Gwenda Blair’s 2001 book titled The Trumps: Three Generations That Built an Empire. While he was literate in German, Blair has said that the president’s grandfather could not speak English and had not completed secondary school.”