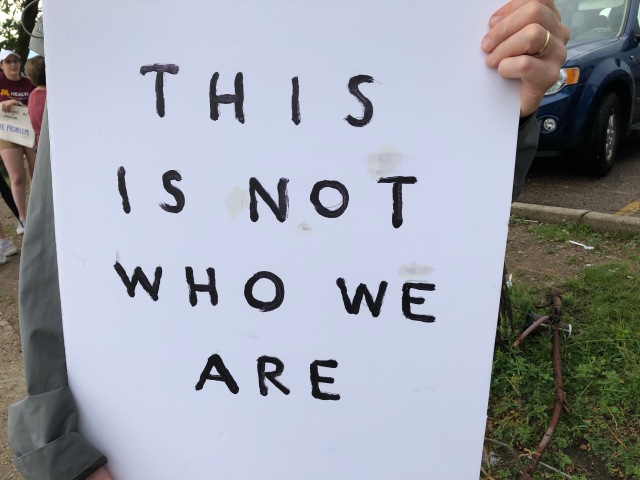 From the border to long-term detention facilities, the immigration detention system fails to meet medical needs of immigrants, causing deaths and permanent injuries. Most recently, Customs and Border Protection (CBP) ordered the arrest of doctors trying to get flu vaccines to children in custody. The press secretary of the Department of Homeland Security tweeted, “Of course Border Patrol isn’t going to let a random group of radical political activists show up and start injecting people with drugs.”

The “radical political activists” include Dr. Bonnie Arzuaga, a pediatrician for 11 years; Dr. Mario Mendoza, a retired anesthesiologist and himself a refugee; Dr. Sirac Cardoza, a family practitioner and himself a refugee; Dr. Peter Bretan, the president of the California Medical Association and a transplant surgeon; and Dr. Alia Sunderji, a pediatric emergency physician.

The “drugs” they wanted to inject? That’s flu vaccine, the vaccine that could protect children now in custody. During the 2018-2019 winter, influenza swept through some CBP detention facilities, killing three children and sickening hundreds of people. The U.S. Centers for Disease Control investigated and recommended  that CBP vaccinate detained migrants against the flu virus. CBP refused the recommendation in January and continues to refuse today.

“Immigrants held in Immigration and Customs Enforcement jails around the US received medical care so bad it resulted in two preventable surgeries, including an 8-year-old boy who had to have part of his forehead removed, and contributed to four deaths, according to an internal complaint from an agency whistleblower.

“The allegations appear in an explosive Department of Homeland Security memo, obtained by BuzzFeed News, containing reports of detainees being given incorrect medication, suffering from delays in treating withdrawal symptoms, and one who was allowed to become so mentally unstable he lacerated his own penis and required reparative surgery.”

“A review by POLITICO of 22 deaths of detainees in Immigration and Customs Enforcement custody between 2013 and 2018 revealed malfunctioning software and troubling gaps in use of technology, such as failure to properly document patient care or scribbling documentation in the margins of forms. Those reviews echo persistent complaints from experts and advocates for migrants rights who say attention to the medical needs of asylum seekers is indifferent at best. Recent reports indicate that Customs and Border Patrol rejected a CDC recommendation to administer flu shots to people in its custody; two children later died of flu in the agency’s facilities.”

We can do better than this. We must do better.