The snake, the president, and Oscar Brown, Jr. 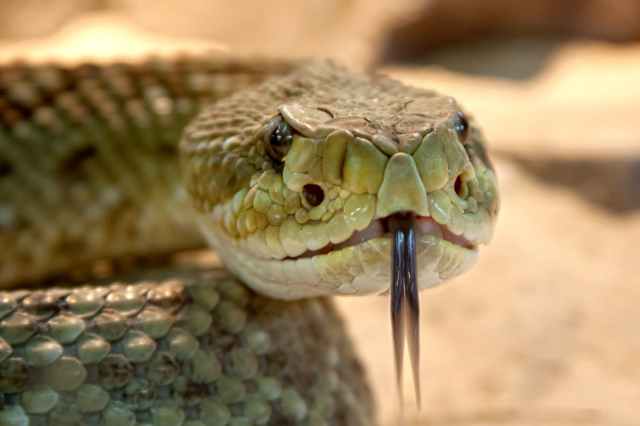 That song about a snake that Trump has been reading during his tirades against immigrants was written by Oscar Brown, Jr. in the1960s. Now his daughter says it’s wrong to call immigrants snakes. Trump, she says in an interview with The HIll, is the “living embodiment of the snake that my father wrote about.”

“”The elephant in the room is that Trump is the living embodiment of the snake that my father wrote about in that song,” Africa Brown said….

“Africa Brown said during the interview that Trump can change the last part of the song when it says, “You knew darn well I was a snake before you took me in.”

“He could say, before you voted me in,” she said.”

The National Immigration Forum suggests five stories and parables that are better analogies for immigrants than the snake, ranging from Paddington Bear to the City on a Hill.

The courts make immigration news today in four stories, leading off with the Supreme Court ruling against immigrants in detention and the ACLU suing over separation of immigrant parents and children. Personal stories come from immigrants from El Salvador, Yemen, and other countries, as well as the U.S.-Mexico border. Other immigration news includes Indiana’s denial of all professional licenses to DACA recipients.

“Justice Stephen G. Breyer read from his dissent, a rare move for the court that indicates just how passionately he disagrees with the majority opinion.

“We need only recall the words of the Declaration of Independence,” Breyer said, “in particular its insistence that all men and women have ‘certain unalienable Rights,’ and that among them is the right to ‘Liberty.'”

Breyer added, “No one can claim, nor since the time of slavery has anyone to my knowledge successfully claimed, that persons held within the United States are totally without constitutional protection.”

The decision is good news for private prisons. Immigrants are held an average of 13 months before their cases are decided, and more than 70 percent are held in private, for-profit jails.

“The mother and daughter entered the U.S. together in California in November and turned themselves into U.S. Customs and Border Protection agents. Initially, the two were kept together. But about five days after they entered the U.S., the child was taken away “screaming and crying, pleading with guards not to take her away from her mother,” according to a lawsuit filed in federal court in San Diego.”

The mother and her seven-year-old daughter are from the Democratic Republic of the Congo, a war-torn country with a very high rate of rape and abuse of women by warring militias.

Immigrants suing over revoked DACA work permits face court (Sacramento Bee, 2/26/18) The lawsuit focuses on DACA recipients whose work permits were revoked and who were put in deportation proceedings after they were arrested for minor crimes—even when charges were later dismissed.

“The ACLU lawsuit filed in federal court in Los Angeles seeks to stop U.S. Citizenship and Immigration Services from revoking immigrants’ work permits without giving them notice and a chance to respond.

“For example, plaintiffs allege that Jesus Arreola had his work permit revoked after he was arrested on suspicion of immigrant smuggling, even though an immigration judge discredited the allegations when he testified he was a driver transporting passengers for a fare.”

“As the travel ban, in its third iteration, makes its way to the Supreme Court, a different legal challenge based on Trump’s own words has emerged. The Lawyers’ Committee for Civil Rights and Economic Justice sued the Trump administration last Thursday, citing the president’s own statements to allege that the government’s decision to terminate a humanitarian program that allowed some Haitians and Salvadorans to live in the United States constitutes racial discrimination against people of color….

“If the president overtly voices racist views — and it should be noted that the president made those disparaging statements about Haitians and Salvadorans in the context of discussing immigration policy — the courts should take his words at face value. Any federal official who displays racial bias in decision-making should expect to be judged accordingly — and it would be bizarre indeed to hold the president to a lower standard than other officials.”

“There is definitely evidence in the ICE report … that shows that ICE was looking at the family’s social media accounts and making the connection to their participation in immigrant rights groups in the Twin Cities,” said his attorney, Danielle Robinson Briand. “They were saying that information should serve as reasons not to grant him release from custody, because those groups are known to protect or shield immigrants from authorities.”

I am a Salvadoran immigrant fighting to stay in the United States (Vox, 2/26/18) Vox video presents one TPS holder’s story.

“Claros Saravia was on his way to Louisburg College in North Carolina, also on a soccer scholarship. It was meant to be a pit stop on the road to a high-level Division I program. But then, unexpectedly, he got deported. And barring a miracle, he won’t be allowed back in the U.S. for at least 10 years….

“Wherever you fall on immigration policy, it’s undeniable that Lizandro himself, from the time he landed in America as a homesick 10-year-old, did everything right. And it’s ironic that the source of Lizandro’s American dream was ultimately the impetus for his expulsion.”

‘This country has been violated’: Trump’s wall ignites tensions in Arizona – video (The Guardian, 2/26/18)

“As Donald Trump seeks congressional support for his border wall, the Guardian’s Paul Lewis meets Joe Arpaio, the controversial Arizona sheriff recently pardoned by Trump, and other local Republicans who are enraged over what they describe as an ‘invasion’ from Mexico. But he discovers a very different view among the Tohono O’odham Nation, a Native American tribe with members on both sides of the border”

“[Martha] Castoñon told stories of people she helped gain citizenship through her work at the Immigrant Law Center during the past two years and how it has opened so many doors to their new lives in the U.S.

“The immigration process is very, very complicated,” she said. “I’m so proud of them all. Many people come because, like your ancestors, they want a better life and better opportunities. They started at the bottom, working in farms and factories. Our nation is made of immigrants. They all come with their customs and their language and blend it into the system.”

“My message,” said Castoñen, “is to look deep into your hearts and place yourself in their shoes. We have been very blessed in the U.S. that we have not had the struggles with violence and poverty that those in many other countries have faced. You’re here today because of those who came here, some many, many years ago. My parents achieved the American dream when they saw all of their children graduate from high school.”

And in other news

“The Indiana Professional Licensing Agency recently added new questions about citizenship status to all of its license applications, allowing it to screen out DACA recipients who the agency says are not qualified to hold professional licenses under a 2011 Indiana immigration law.

“The new practice effectively locks out Indiana’s roughly 9,000 DACA recipients from more than 70 professional licenses in Indiana, ranging from cosmetology to nursing to architecture. Nearly one in seven Indiana workers are licensed by the agency.” https://www.indystar.com/story/news/politics/2018/02/27/new-practice-indiana-no-professional-licenses-daca-recipients/373717002/

Key facts about U.S. immigration policies and proposed changes (Pew Research, 2/28/18) Confused about the difference between H-1B and EB-5? Want to know how many family members, and which ones, are eligible for visas? This is your go-to outline.

The forgotten Dreamers (National Review, 2/26/18) The National Review takes up the cause of children aging out of dependent visas.

“Lost in all this legislative jockeying is a striking feature of DACA that no one seems to mention: Its protections only apply to children present in the country illegally. The current USCIS regulations on DACA require that applicants, among other things,  arrived in the U.S. prior to their 16th birthday and had no lawful status as of June 15, 2012. This means that if you had lawful status as of that date, you are ineligible for DACA status — the U.S. government effectively penalizes you for having followed its immigration laws.”